To be victorious you do not need to be the greatest, or the strongest, or even the toughest. What you need to have is faith. Yoleth learned that faith can do anything, even defeat death.  Yoleth Jasinto loves to read and take care of her chickens. She also has a heart full of love for her parents, Elizabeth and Julián. Yoleth’s mom, Elizabeth, said, “Yoleth began attending the student center when she was 3 years old. A woman from the community invited us to the church and encouraged us to take our two little girls to the project. They both loved it, and ever since we have regularly attended both the church and the project.”

Yoleth enjoys going to the center. She said, “I love learning stories from the Bible. My favorite one is David and Goliath, because despite being a small boy he defeated a giant. I also like to see my friends and play with them.”

She also loves to go to school every day. She is a very smart girl with a lot of imagination and a love for knowledge. However, one day in November 2017, right before leaving for school, Yoleth began to feel a stomachache. “I told my parents that it hurt a lot. I ate breakfast but the pain did not go away. That day I went to school with the pain still there,” Yoleth said. She and her parents went to the nearest doctor in the community to get a diagnosis. The doctor prescribed medicine to calm the pain, but it continued for three more days. Elizabeth said, “The doctor told us that she had a urinary tract infection and gave us different medications, but the pain was still there so we decided to move on to a different doctor.” The next doctor did not have an encouraging diagnosis. It was not just a simple stomachache; it was something dangerous. Yoleth was at risk of dying due to medical negligence.

Her dad, Julián, said, “When we arrived, the doctor said that she [Yoleth] had to undergo emergency surgery, because she had chronic peritonitis and it was serious. I felt helpless when the doctor told me that my little girl was at risk.”

Yoleth’s abdomen was dangerously inflamed, and a timely surgery was the only thing that could save her from dying. The wait was complicated at the general hospital of Toluca. The doctor recommended transferring her to the Children’s Hospital of Toluca, because there were currently no available operating rooms or doctors at the general hospital. It was a risky transfer, and it required money that the Jasinto family did not have. Julián and Elizabeth started to worry about losing their daughter. They called the project director and told him about the situation. They asked if there was any way the church and project could help them. Julián said, “We saw a lot of miracles, because we did not have the resources to change hospitals. Without Compassion’s support my daughter would have passed away. That is the reason I feel so thankful to God and the center.”

The Compassion medical fund supports children who, like Yoleth, are at risk. The medical fund helps them access specialized doctors, timely surgeries and better chances of recovery. Yoleth urgently needed to transfer hospitals or she was going to lose the window of opportunity for the surgery. Elizabeth explained, “We transferred Yoleth in the ambulance, but there was a lot of traffic and the ambulance couldn’t move.

Yoleth held my hand and said, ‘Mommy, let’s pray.’ So we prayed to the Lord and saw how the traffic cleared. The nurses and ambulance driver were amazed. We arrived very quickly at the hospital.” The doctors admitted her to the children’s hospital, and Yoleth received the surgery that she needed. Her body started improving day by day. In the hospital room there were more children recovering from other medical conditions. This encouraged Yoleth to share the word of God, even through the pain she was feeling during her recovery.

Yoleth said, “I liked to tell them Bible stories and to always trust in God.” With courage and a desire to live, Yoleth showed her parents that it did not matter how painful the wound and illness were. Her heart did not stop showing love to others in need of encouraging words. “When my parents visited me, I always said words of hope like, ‘Do not worry, mom and dad, because I know that God will heal me.’ I don’t understand how, but I believed in His power,” Yoleth said. Yoleth’s compassionate spirit never stopped; despite the severity of peritonitis, she spread happiness in the hospital room.

Elizabeth said, “There were times when I arrived at the hospital and the mothers of the children in the same room as Yoleth thanked me because my daughter had helped their children. I thought they had mistaken my daughter, because she had the biggest wound and was the sickest one in the room. When I asked Yoleth about it, she just smiled because at night she left her bed to help the other children and told them Bible stories to make them fall asleep.”

Yoleth was stronger than her illness, and the time that everyone was waiting for finally came. The doctors discharged her from the hospital. “It makes me very happy that my daughter is back at home after the process that we lived through as a family. We still have to go every month for medical checkups, but her improvement is evident,” Julián said. Yoleth began going to school and the center again.  She started resuming her regular activities like taking care of her chickens and playing inside her tree house. She is a girl who saw death very close and came out victorious. She displayed enormous courage for a girl of her age, an unbreakable faith, and a heart that overflows with God’s love for others.

“I want to motivate people who read my story to always have faith and hope and to believe in God. He did a miracle in my life, and He can also do a miracle in yours,” Yoleth said. 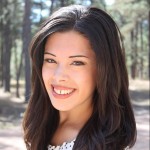 From Depression To Finding Jesus

How A Password Changed One Man’s Life For The Better